The best way to explore a procedural workflow approach is to actually start with a non-procedural one, and then compare the two.

We will start with a simple example that will 1) introduce basic 3D modeling workflows, 2) expose some of the basic Houdini nodes and 3) allow for a side-to-side comparison between the two approaches.

Let’s go back to our IKEA’s Billy(tm) bookcase as an example: 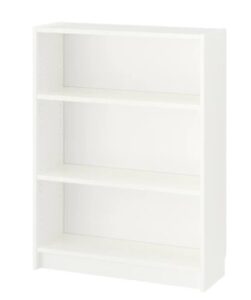 Start a new scene in Maya and create a default cube. 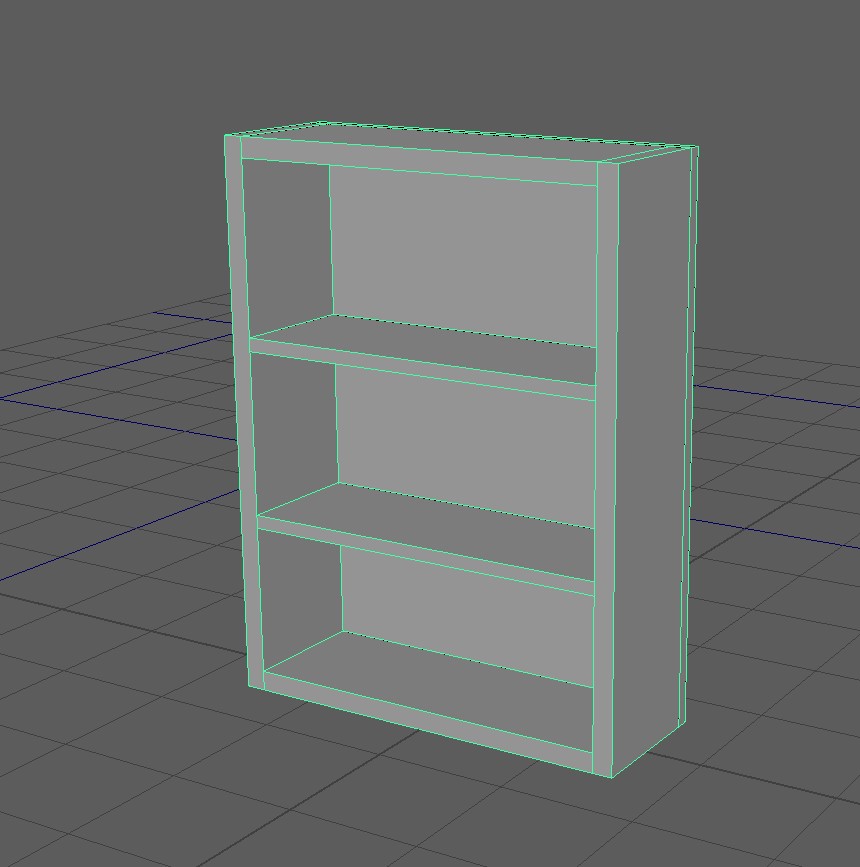 This time, we will rebuild the bookcase using Houdini. The main difference will be that instead of building a specific bookcase (as referenced in the IKEA catalog image above), we will build the idea of one. This model will meet the parameters of a bookcase i.e. rectangular frame, space for shelves, open front and a backing.

One of Houdini’s strengths is the ability to have one node manipulate another in order to achieve complex results. This is done oftentimes with the use of expressions.

Expressions are small, code-like bits that tell Houdini to execute a specific command or a set of instructions.

A common use of expressions is to copy a specific parameter from the controlling node, and paste it onto the controlled parameter of another.

In the example below, I created a Line node and a Box node. We will use the length parameter of the Line node to control the Size X of the Box.

One of the most useful Houdini expressions you will use is bbox (and I don’t mean beat-boxing…). 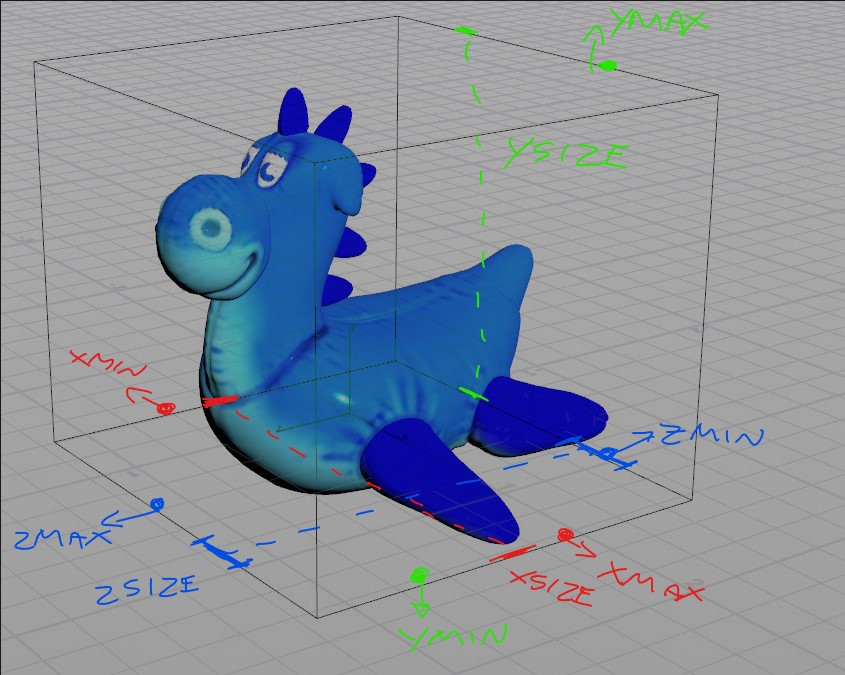 The box surrounding the rubber toy represents the bounding box.

The expression is written in the following manner:

In the tutorial videos, we will explore use of the bbox expression as we build our bookshelf, and you’ll quickly see its usefulness.

Watch and follow along the exercise in the videos posted.

Save your Houdini bookcase file and refer to it as needed. We will use these concepts for our next assignment.